Save our soil,
enhance the future
the organic way

History of Organic Farming in India

The great Indian civilization thrived on organic farming for thousands of years and was one of the most prosperous countries in the world, till the advent of the British.

In India, entire agriculture was practiced using organic techniques, where manure and pesticides etc. used to be derived from plant and animal products. For example, the cow not only provided milk, but also provided cow dung, which was used as fertilizers. 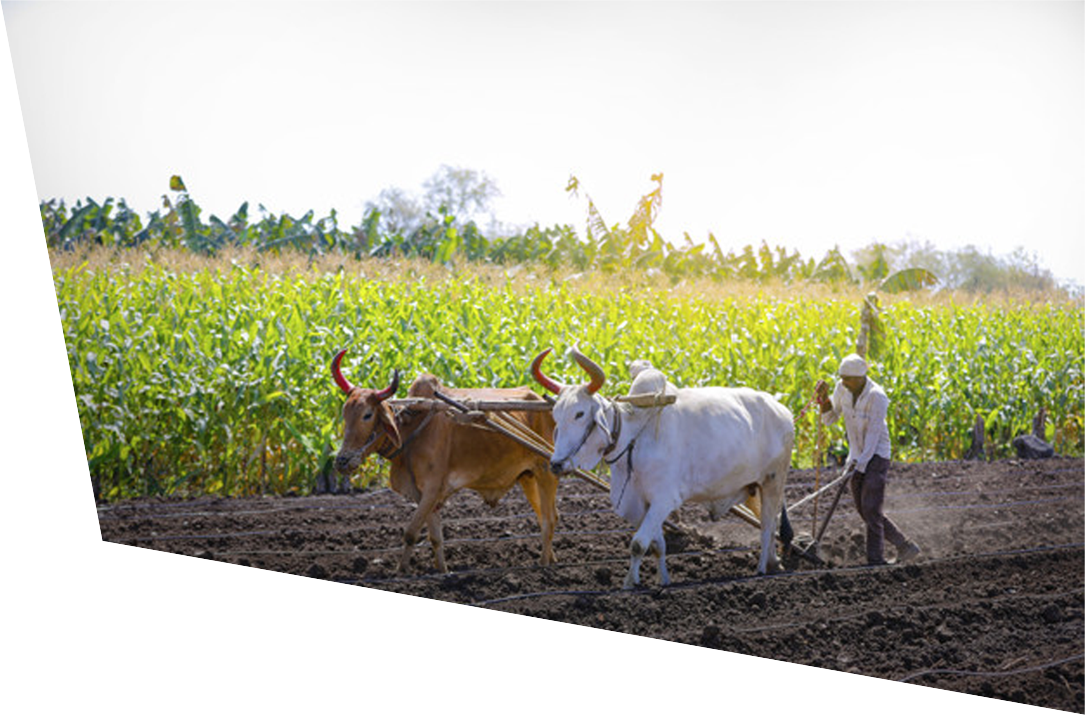 Shift to Chemical Farming in 1960s

During the 1950s & 60s (right after Independence), the ever-increasing population and several natural calamities forced India to import food in large quantities. To increase food security, the government had to drastically increase food production in India. The Green Revolution under the leadership of Dr. MS Swami Nathan became the most vital government program.

A large amount of land was brought under cultivation, hybrid seeds were introduced, natural and organic fertilizers were replaced by chemical manure and large chemical factories such as Rashtriya Chemical Fertilizers were established.

As time went by, extensive dependence on chemical farming has shown its darker side. The land is losing its fertility and is demanding larger quantities of fertilizers to be used. Pests are becoming immune to pesticides requiring farmers to use costlier and stronger pesticides. Due to the increased cost of farming, farmers are falling into the traps of money lenders, who are exploiting them and even forcing many farmers to commit suicide. 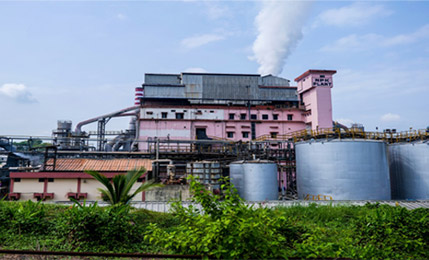 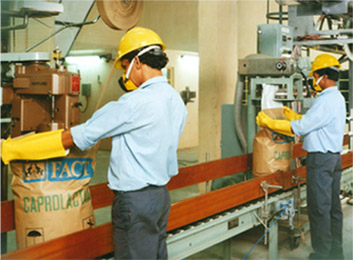 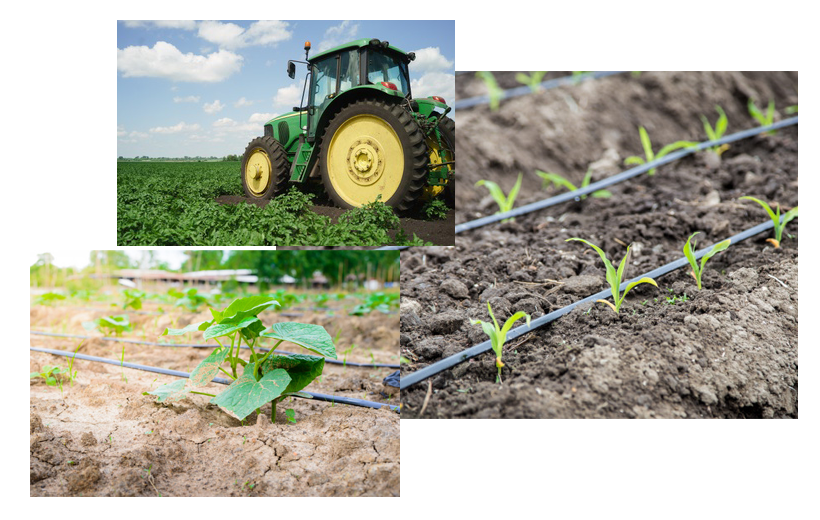 By the 1990s, due to the over-dependence on chemical farming, India became food surplus again and restarted the export of farm produce. Hence, now the focus in India is shifting from total agriculture output to healthy output.

Both consumers and farmers are now gradually shifting to organic farming in India. It is believed that organic farming is healthier even though the health benefits are yet to be proven. But it is undisputed that organic produce considerably reduces the health hazards faced by constant consumption of chemically produced crops (besides reducing the soil texture and quality) Hence consumers are willing to pay a premium for organic produce.

Many farmers in India are shifting to organic farming due to the ever-increasing domestic and international demands. Further, organic produce commands better prices, thereby helping farmers to manage the higher costs of organic farming besides the (still scientifically not proven) health benefits.

Traditionally, organic farming is known to reduce the yield by as much as 25% and hence effective organic manures are the need of the hour. 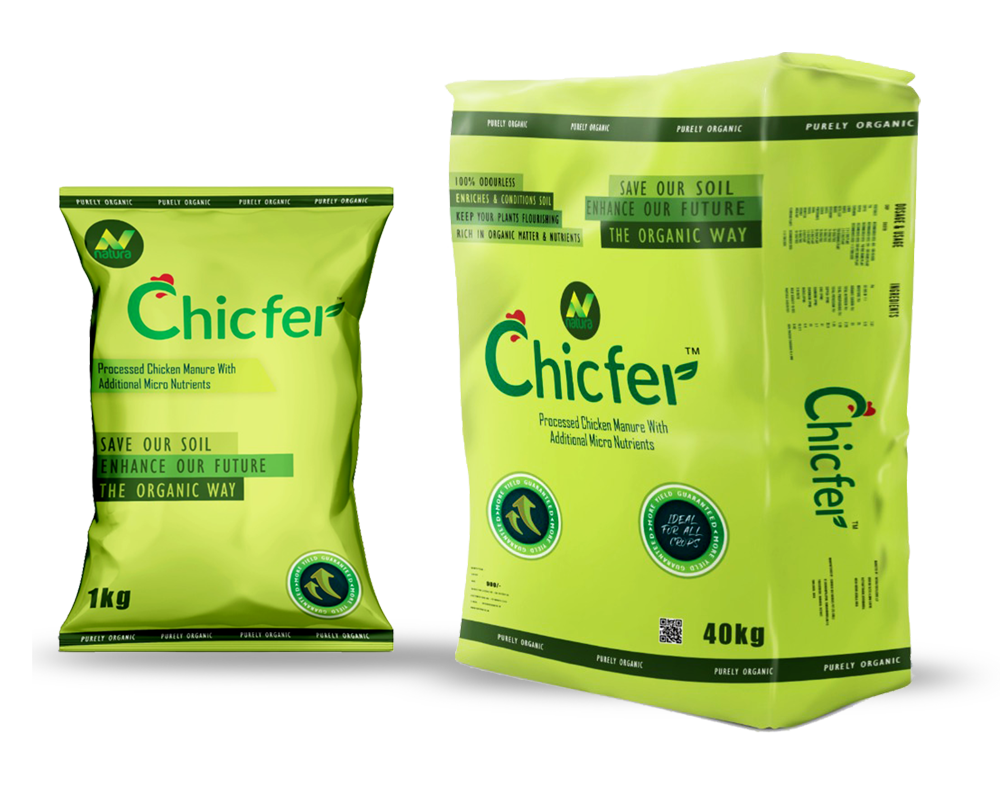 Chicfer™ is a trademark of Natura Fertilizers LLP.

Chicfer™ is 100% organic and its base ingredients include Chicken litter which is processed over 90 days. It is in powder form and is suitable for all crops and cultivation. Chicfer™ is the most ideal organic fertilizer for all plants and contributes to higher efficiency, sustained increase in production at the same time enhancing the quality of the soil. Chicfer™ helps in increasing the crop’s yield progressively through the years and at the same time enhancing the soil quality.

Natura is conceptualized as an organic fertilizer company which enhances the soil quality of our farms which has been severely damaged with constant use of chemicals.

Natura primarily focuses on sustainable farming methods that stimulate the health of ecosystems, produce safe, nutritious food and hence improves the soil health, ecosystems and people. While enhancing the soil quality our products help our farmers to increase their output significantly. Our products consistently maintain the highest quality and comply with the FCO standards set by the Govt of India.

With wrong farming methods, we turn fertile land into desert. Unless we go back to organic farming and save the soil, there is no future. 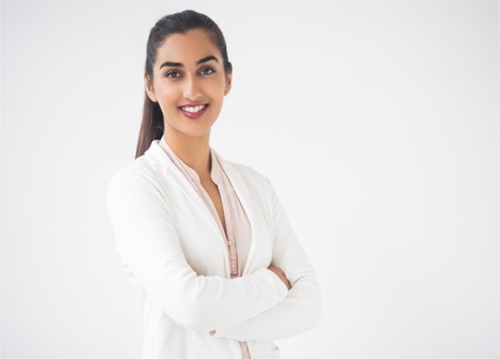 Lorem Ipsum is simply dummy text of the printing and typesetting industry. Lorem Ipsum has been the industry’s standard dummy text ever since the 1500s

Lorem Ipsum is simply dummy text of the printing and typesetting industry. Lorem Ipsum has been the industry’s standard dummy text ever since the 1500s